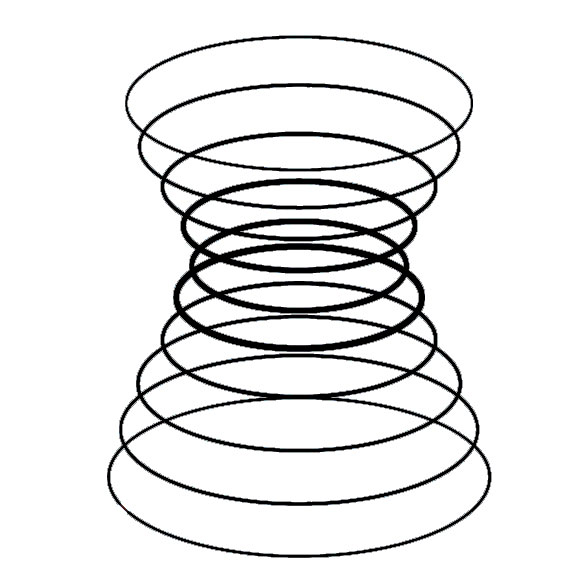 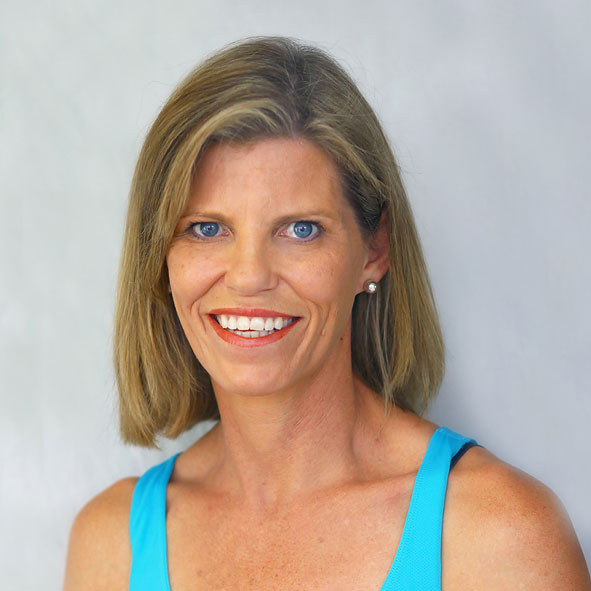 Lorraine graduated as a physiotherapist from Cumberland College of Health Sciences, University of Sydney in 1991, and completed her Masters of Clinical Physiotherapy at Curtin University in 2018. She has had more than 30 years of international experience in the U.S.A, UK and Australia. Lorraine has worked as a physiotherapist in sports and rehabilitation settings, occupational physiotherapy and ergonomics, continence and women, men and children’s health. She has a particular interest in pre and postnatal care.

Lorraine has completed all levels of the Australian Physiotherapy Association accredited, Clinical Pilates course, and continues to build on her knowledge through her teaching experience and attending courses held by leading clinicians from around the world. She had incorporated Clinical Pilates into her hands-on physiotherapy treatment of musculoskeletal problems for many years; and since 2004 partnered with Trish to successfully develop and grow Pilates Physio Style. She has also written and currently presents accredited pre and postnatal courses for Fitness Australia and Exercise & Sports Science Australia.

Lorraine enjoys and gains so much satisfaction from the client who has struggled to find an answer to their musculoskeletal problems but is determined through hard work and will power to make a positive change to their lives! 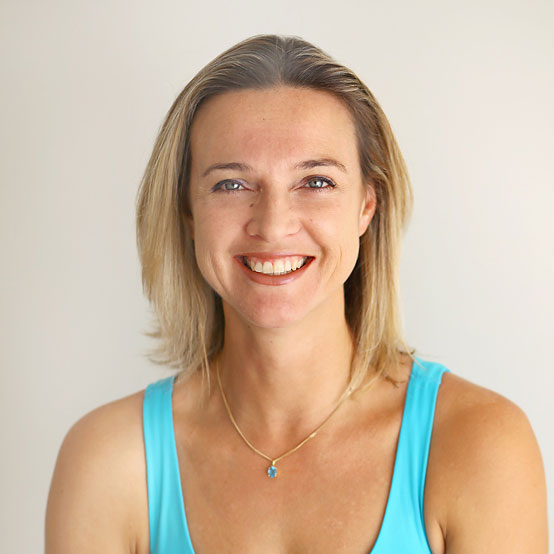 Trish graduated as a Physiotherapist from Cumberland College of Health Sciences, University of Sydney in 1996.

After a year working at Royal North Shore Hospital, Trish worked in England for 2 years in both musculoskeletal and rehabilitation settings.

It was in England where Trish developed her interest in sports physiotherapy, attending numerous movement dysfunction control courses. This inspired her transition from traditional musculoskeletal physiotherapy into Pilates, and functional movement control.

After completing her Masters in Sports Physiotherapy in 2003 at the University of Sydney, Trish has been working as a qualified Pilates instructor for the last 8 years with a particular interest in both preventative and therapeutic exercise.

Trish is married and has 4 boys, Samuel, William, Flynn and Oliver. 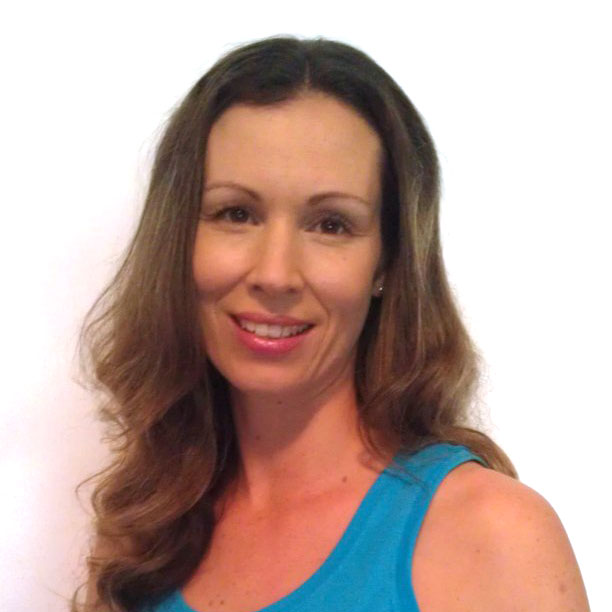 Denise graduated from Sydney University in 1995 with a Bachelor of Applied Science in Physiotherapy. Since then she has worked in both public and private settings, mostly in the areas of musculoskeletal, orthopaedic physiotherapy and women's health.

She particularly enjoys the education aspect of physiotherapy and has extensive experience in teaching groups, including pre and post-natal fitness, aqua aerobics, Get Fit to Ski, ante-natal education and manual handling and safe-lifting classes.

Denise experienced first-hand the benefits of improving one's core muscle strength and stability after having her first child. Since then, she has applied this knowledge in the clinic for the treatment and prevention of back pain and poor posture, utilising principles learned from the Clinical Pilates course.

As well as Pilates, Denise is passionate about running, reading, cooking, church, friends and especially enjoying the outdoors with her husband and 3 energetic children. 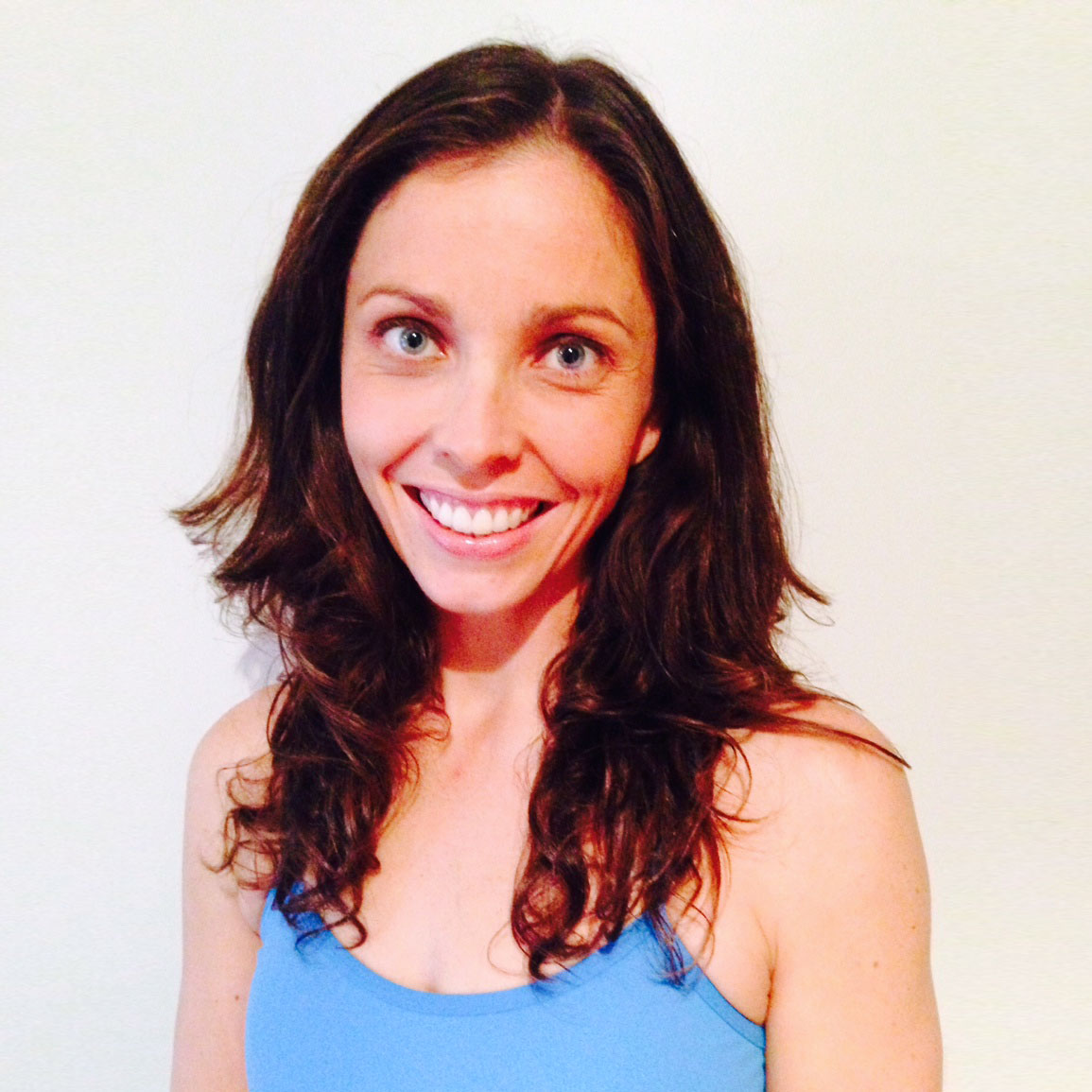 Sarah graduated from Sydney University in 2007 with a Bachelor of Applied Science in Physiotherapy. This followed on from her degree in Exercise Science from ACU which she completed in 2002.

Since this she has worked mainly in a private practice and gym settings. She has a strong focus on sports rehabilitation, especially for shoulders. Sarah believes that getting your body to use its proper body mechanics we can keep ourselves strong and free from injury.

After having her son, she became a client of Pilates and experienced the benefits that it could offer. Since then she has continued to develop her skills in clinical Pilates. 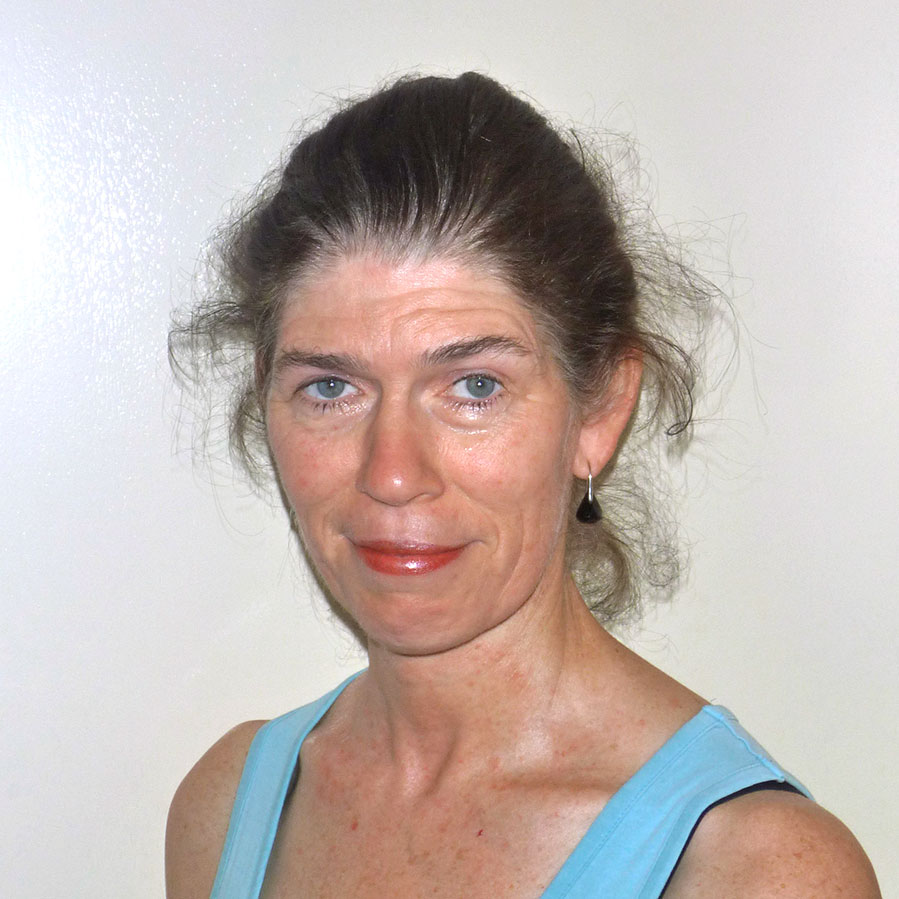 Joan graduated from the University College Dublin with a Diploma of Physiotherapy in 1982 and commenced her career in Ireland working for the National Health System. In 1987 she moved to Australia and in 1990 she completed a Post Grad Diploma in Manipulative Physiotherapy at Sydney University. Since then, Joan has continued to participate in ongoing professional development in the areas of Musculoskeletal Physiotherapy and Occupational Health.

Joan has worked in a variety of settings that include clinical work within private practice treating mainly musculoskeletal conditions, student supervision during clinical placement periods and in various Consultant Occupational Physiotherapist roles.

Joan has completed level 1 and 2 Clinical Pilates courses and brings her knowledge and experience to her classes. Joan feels that a 'hands off approach' giving those under her care the ability to change and manage themselves is more empowering for the client than reliance on passive treatment. Joan is a Titled member of the Musculoskeletal Physiotherapists Association of Australia. 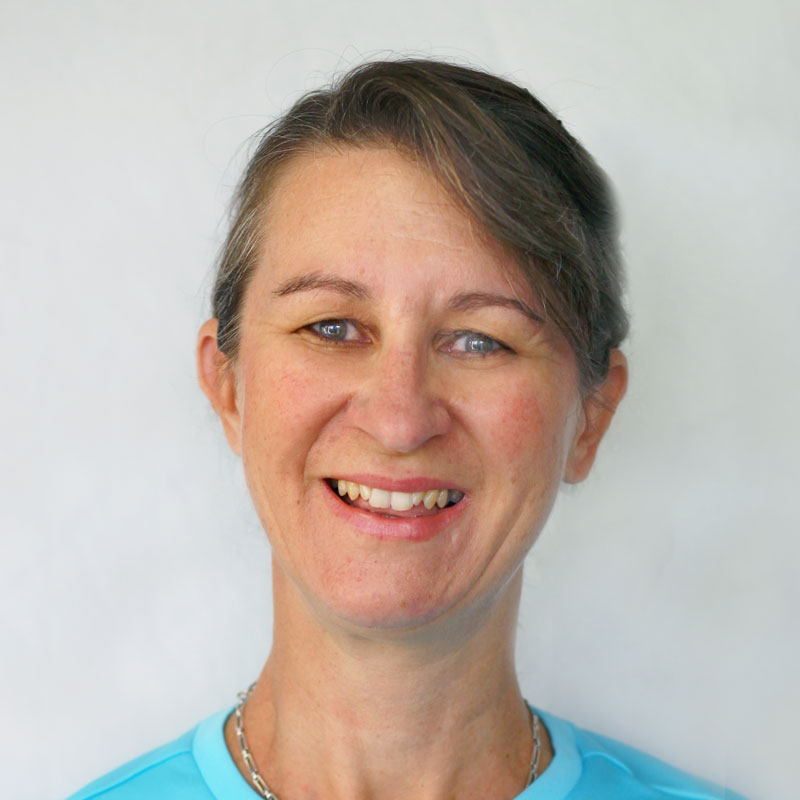 Margo is a very experienced physio who has taught clinical Pilates for the past 15 years.

She has worked for PPS at the Brookvale studio since 2010 in addition to her role at Royal North Shore Hospital teaching perinatal classes.

She is gifted at analysing movement and loves to teach people about their own bodies, empowering them to manage themselves so they can move better and feel stronger. 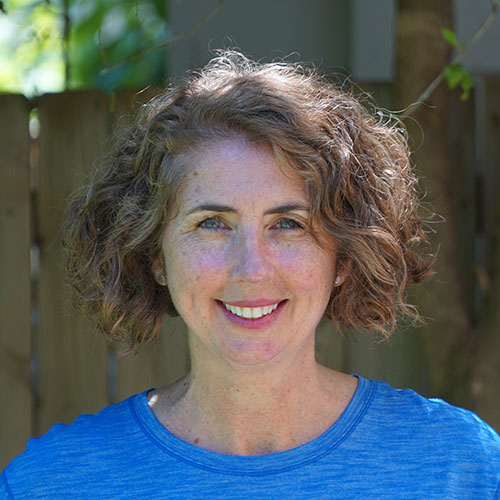 Theresa Gude graduated from Cumberland College of Health Sciences, University of Sydney as a physiotherapist in 1989.

Her career has been in Private Practice mostly here in Australia, the UK and Ireland. She is very experienced in treating musculoskeletal dysfunctions and has a particular interest in treating neck pain and postural issues.

Through the years Theresa identified the benefit of Clinical Pilates in her patients treatment and completed the Clinical Pilates Level 1 course with Dance Medicine Australia in 2004 and has since used her skills treating clients one on one and in small groups. More recently she has returned to update and further her studies in Clinical Pilates.

Theresa enjoys seeing clients progressing through their rehabilitation and believes pilates can benefit everyone to return to whatever level of activity they enjoy .

Theresa hails from the Northern Beaches and loves the lifestyle – dipping in the ocean, walking an energetic Cairn Terrier, and yoga. 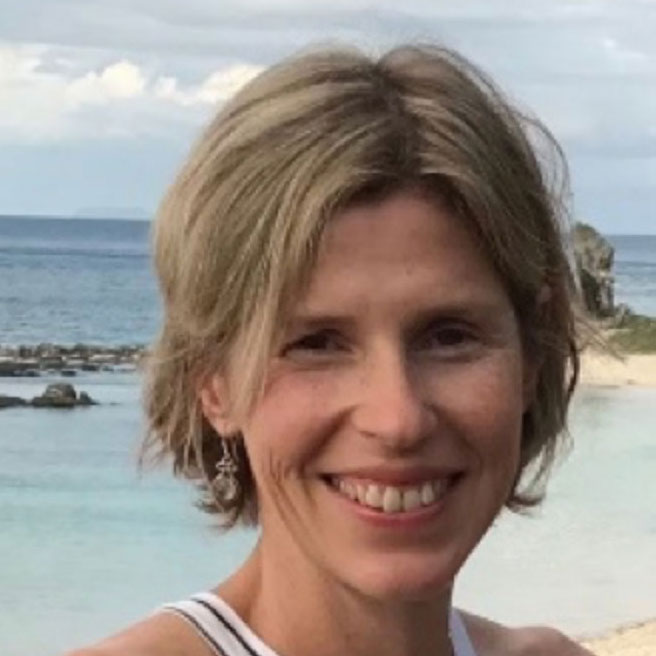 Julie ‘discovered’ yoga almost 20 years ago in response to a health-crisis. Julie found that no matter how she felt going into a yoga class, she always came out feeling great and those results lasted throughout the day. This was a new experience for Julie and she has studied, practiced and/or taught yoga ever since.

Julie completed her formal training through the 3-year Diploma of Health (Yoga) in 2002 at Naturecare College in Sydney. She has also completed a Diploma of Holistic Counselling, which beautifully supports her yoga teaching.

Prior to the birth of her own 2 children, Julie had extensive prenatal experience supporting 100’s of women in their pregnancy journey to build strength and flexibility in the body, calmness in the mind and a lightness of spirit. The feedback Julie gets from her students confirms the benefits of her caring and nurturing approach.

Julie’s style of yoga is dynamic and flowing with an emphasis on moving with the breath and can cater to all levels from beginners to those with some yoga experience. She is passionate about nurturing the relaxation response to counter the ever-increasing levels of stress and anxiety that seem to be such a feature of modern life. 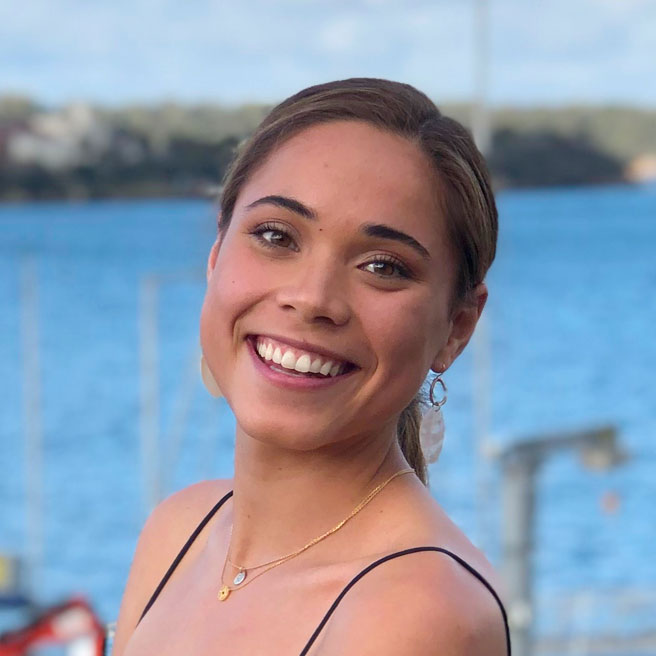 Bec graduated with a Bachelor of Physiotherapy from the Australian Catholic University in 2019. During her years of study, she enjoyed working in a private hospital, whilst also balancing her time working with various local sporting clubs and schools. Through her years of elite swimming, Bec also participated in a range of strength and conditioning programs which placed emphasis on achieving optimal movement. She continues to develop this knowledge as she delivers classes tailored to a wide demographic.

During her final year of study, Bec moved to Dubbo for a placement at the public hospital where she was exposed to acute and rehabilitation services focusing on women’s health. During this time, an interest developed which has encouraged Bec to continue working with a deep focus towards the care of women as they strive for pain free and functional movement.

Bec is married and expecting her first child in August 2020. When she’s not teaching classes, Bec loves camping adventures and going for walks with her pups followed by a refreshing swim at her local beach. 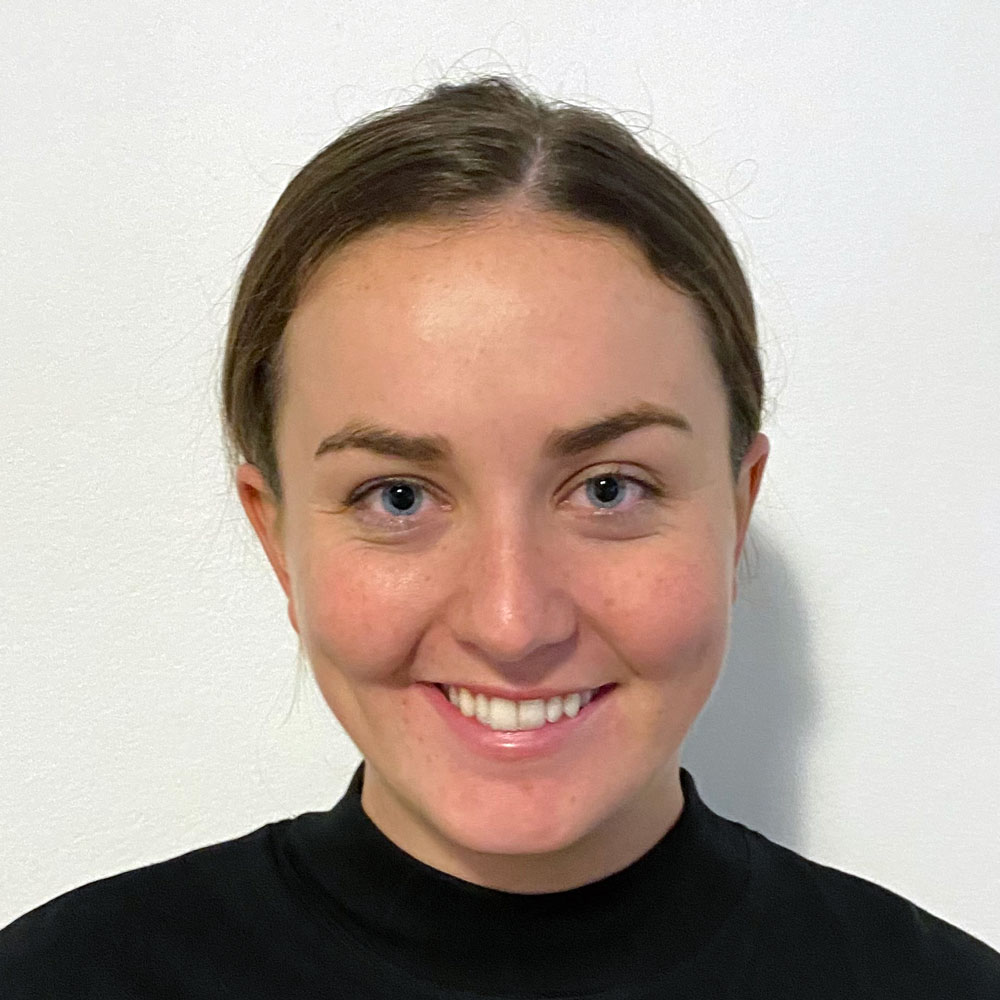 Katie graduated from the Australian Catholic University in 2018 with a Bachelor of Physiotherapy. Since then, has been living in Perth where she worked in private practice. She has now gone back to study medicine at the University of Notre Dame.

While in Perth Katie developed a passion for Pilates and became particularly interested in women's health. She is extremely passionate about helping people improve their movement and connect with their bodies.